Whoever gives to the poor will not want, but he who hides his eyes will get many a curse.
[Proverbs 28:27]

Launched in November of 2015, the Soup to Go Ministry, which is also called “Sandwiches to Go” during the warmer months, was the brainchild of Ms. Olivette Guy-Williams. She, along with three volunteers – Victor Valatoro, Norman Nicolson and Jacqueline Skerritt – decided to meet every Thursday morning to prepare hot meals for the homeless people in the vicinity of the church. Initially, the effort was quite modest, serving a total of six (6) meals that were delivered to the patrons by foot, meeting them in places like their “homes” under the capital beltway.

Today, the list of volunteers has grown tremendously and this outreach programme is now another great success story of the COS, preparing as many as one hundred (100) meals every Thursday.  This growth is partly due to the partnership with Rainbow Community Food Pantry, which conducts a similar outreach mission in the area.

The volunteers who use their vehicles in order to cover a wider radius must also be commended and special mention must be made of the our Latino congregants who now make up a significant portion of the cadre of volunteers, thanks to the leadership of Rev. Valle.  Even the youth from the Spanish service participate in this COS bid to reduce hunger in the homeless community in this part of Silver Spring.

Anyone wishing to participate in this charitable mission can just show-up at the Church at 10:00AM on Thursdays. 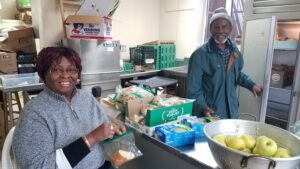 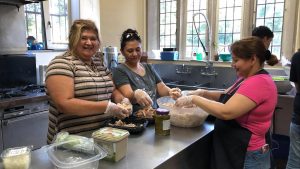 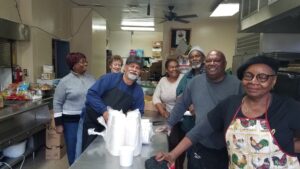 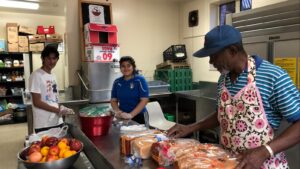 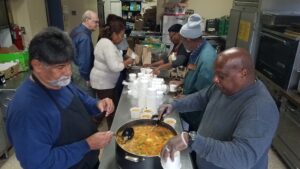 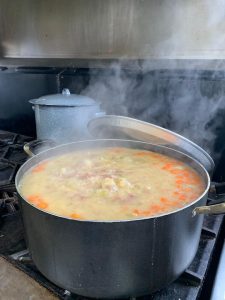 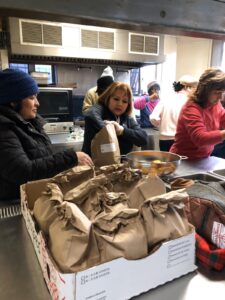 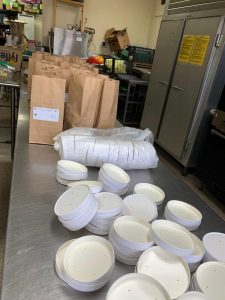 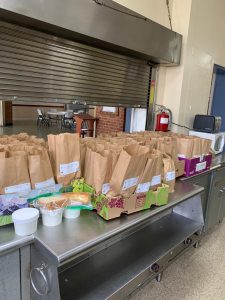 Carrying Out the Mission Despite the Pandemic...

The Soup to Go mission is a genuine labour of love that remains undaunted in the midst of the COVID-19 pandemic.  Whereas most of us must adhere to the Maryland State directives as well as our diocesan stipulations, essential workers and first responders must remain on the frontline to assist the needy.  This is the calling to which the COS volunteers of the Soup to Go mission are answering.  We pray blessings upon Fr. Francisco and all of these selfless members of our congregation.